PembRock Finance: Leveraged Yield Farming on NEAR Built by INC4 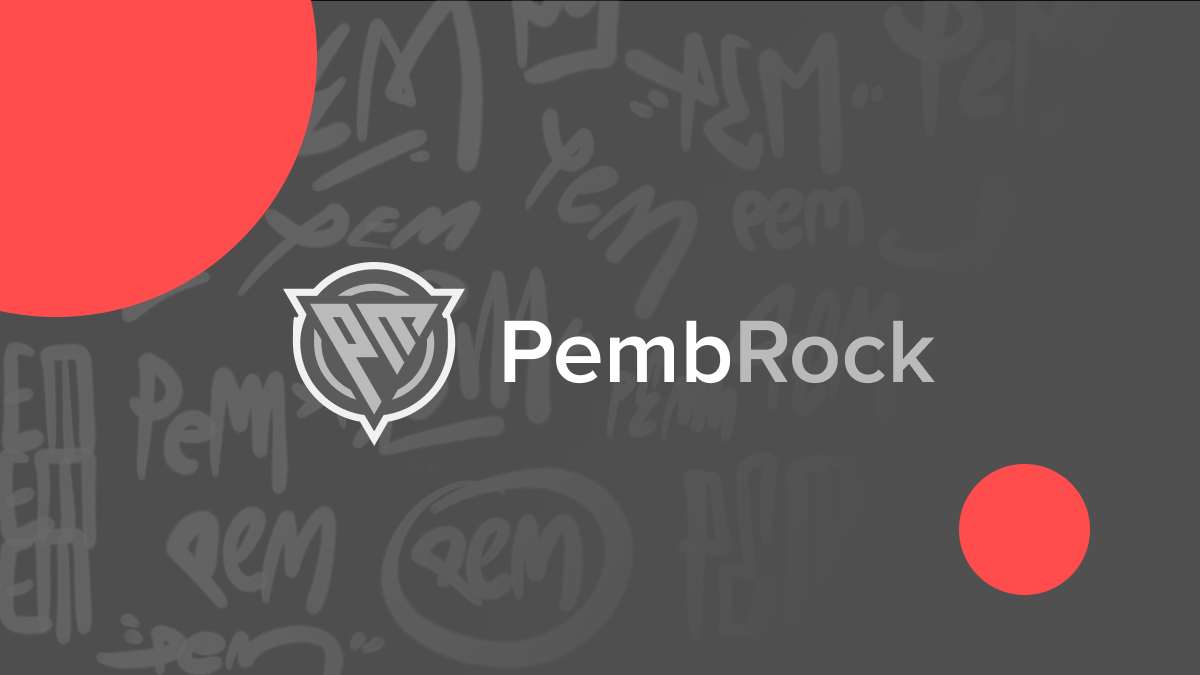 Web3 is upon us, combining the information sharing and social capabilities of its two predecessors, but with the transparency and ownership that will go someway towards breaking up the control that owners of our favorite applications and networks currently hold.

DeFi will play a large part in Web3’s infrastructure through its principles of decentralization and inclusivity, helping a greater number of people access easy-to-use financial instruments to lend, borrow, gain rewards, and stave off inflation, often with better rates and more flexibility than traditional financial services can provide.

Despite the optimism, an open financial future is not here yet. There are still issues of security, and the fact that it’s difficult for new users to navigate the DeFi sector due to clunky products that don’t prioritize the user’s experience.

With external audits winding up, the $PEM token garnering significant investment even during the current bear market, and a strong community in place to support the launch, we thought we’d take a look at how INC4 helped nurture PembRock from the idea stage all the way to launch, utilizing market analysis, knowledge and skill, but also flexibility and creativity. We’ll also hear from Ivan Skrypachov, CPO of PembRock Finance, on why the product is coming along just at the right time.

NEAR Protocol yield farming with PembRock — how it came about

PembRock Finance came into existence quite organically, with the opportunity arising at the end of 2021 to help build out NEAR’s ecosystem. Working with NEAR as one of its Guilds (small specialized teams from around the world who help accelerate sustainable development), the INC4 team has been really impressed by the care the NEAR Team show in relation to projects built on its blockchain, the strong community links that have been created, and the fact that the blockchain is carbon neutral.

Most importantly, NEAR has a vision for becoming one of the pillars of Web3, creating user-friendly products that contribute to a Web that puts power back in the hands of everyday people. Broadening the NEAR ecosystem with products that are made to be used over the long term is why there are so many diverse and interesting projects to do with the environment, gaming, music, and more.

One thing NEAR did not have was a platform for leveraged yield farming. We saw the opportunity to create such a project that would:

As mentioned in the introduction to this blog, many DeFi applications are still not user-friendly, prioritizing time-to-market over security and usability. DeFi will not become a substantial part of Web3 unless this mentality changes, and we found an ally in NEAR, which prioritizes simplicity, usability, and security.

What does PembRock Finance do?

In a nutshell, PembRock Finance gives opportunities for lenders and yield farmers to earn rewards in just a few clicks:

Leveraged farming not only benefits users, but helps put more liquidity into the DeFi ecosystem. It also allows farmers to access investment strategies that are not possible without using leveraged funds.

To explore leveraged yield farming strategies, educate yourself at our School of PembRock.

A true community project, PembRock has canvassed its users through testing ahead of launch to receive feedback on features they’d like to see incorporated, such as light mode and greater language options. The PembRock DAO will also be launched as part of the project’s roadmap, giving those invested in the platform a chance to direct its future.

Read more about PembRock Finance and its features here.

Excited to get the product to market, we nonetheless worked diligently and without cutting any corners to ensure we would have a robust and well-functioning app. Here were our steps:

Firstly, we undertook research on leveraged yield farming. This is a relatively new development in DeFi, so we worked to understand best practices and things that we should avoid.

Next, we drew up the contract architecture, which was a big scope of work. Multiple developers got together to calculate all possible scenarios and then their mechanics to create an overarching structure for writing our smart contract. We also used our established working relationship with the NEAR team to consult them on the technical and mathematical aspects of the contract.

In parallel to interface development, we worked with three experienced financial analysts, who looked at aspects of token distribution and the flow of funds to model different strategies for how the project can be best secured over the long term.

With the platform having taken shape, we deployed the smart contracts to the testnet with the following audit processes followed:

Nearing launch, we have run token sale fundraisers to bring in locked value and integrated PEM token listings into Ref Finance and Jumbo Exchange. You can even start yield farming with Ref’s PEM-USN token pair right now. Bringing liquidity to PEM means that the project will work efficiently on launch and bring confidence to users who want to start farming with leverage on NEAR as soon as possible.

It was a big job, but we were able to go about our operations with such confidence due to the NEAR Foundation’s grant and the team’s ongoing support throughout project development.

PembRock Finance recently went live on the mainnet, giving users a chance to earn yields within a secure and easy-to-use platform. As of July 15 at 4pm (CET), a program is also in effect to give extra rewards to early lenders.

Despite his busy schedule, PembRock and INC4’s Ivan Skrypachov took the time to share some insights on why the project has the potential to bring a lot to the NEAR blockchain and the DeFi sector in general.

1. The crypto market is facing a significant downturn at the moment — why are you choosing to launch now?

Good projects shouldn’t be dependent on the rise and fall of different cryptocurrencies. DeFi’s main metric of success is market volume and activity, rather than the current price of a particular asset.

Looking at the figures, market volume in dollar terms has fallen by 44%, but market activity in terms of volume is up by 20%. What does this tell us? Some are holding and waiting for prices to improve, and others are joining because they think it’s a good time to buy tokens and/or are not being priced out of the market, as commonly occurs when bull cycles reach their peak.

In short, the market is alive and crypto is circulating through buying and selling, which allows PembRock Finance to run without being affected. We know our product works, brings liquidity to NEAR, and delivers value to community members and investors who can start yield farming no matter what type of market we are in — so why delay the launch?

2. What unique features does PembRock bring to the table?

Firstly, NEAR Protocol has never had a leveraged yield farming project — we are the very first, offering a range of assets to work with based on your expertise and risk assessment — from leveraged stablecoin farming to the farming of more volatile assets.

Secondly, we share NEAR’s goal of expanding DeFi, and by extension, Web3 platforms to all users, not just those who have used decentralized financial products before. What this means is that we put a lot of work into our UI & UX, making the most intuitive experience possible. Both newbies and experienced users should find PembRock easy to use for crypto yield farming.

Thirdly, we recognize that both trust and knowledge are important when it comes to lending your crypto to a NEAR liquidity pool. For this reason, we have made information about our team, tokenomics and protocol mechanics available to all. We also plan to build a dashboard where interested parties can inspect trading volumes and other analytics associated with the platform’s operations.

In regards to knowledge, we are not a platform that seeks to profit from a user’s lack of understanding about what our project does. We want everyone to understand how does leveraged yield farming work, explore the associated risks, and learn about strategies to succeed with NEAR yield farming. To this end, we have established the School of PembRock, a place where people can arm themselves with the tools to get the most out of PembRock Finance.

3. What was an unexpected challenge you came across and how did you solve it?

Leveraged yield farming has many variables, making it quite a complex project to develop. The main challenge, however, was the research phase. Here, we needed to understand the financial and technical aspects associated with what we wanted to build while also becoming experts in the NEAR blockchain.

Through extensive testing, we became proficient in NEAR smart contracts, how they run, and how to quickly and efficiently identify and fix any problems. It is only because the INC4 team was confident in its abilities that we undertook this project at all.

Despite the fact that I’m proud of INC4’s efforts, we didn’t do it alone; we were supported by both the NEAR and Ref Finance teams, who were open to answering our questions and providing us with open-source code. As the project progressed, however, the exchange went both ways. The Ref Finance team were impressed with our expertise and asked us to develop something for their platform. This is one thing that is great about the NEAR community of developers; many teams work together to help each other expand the ecosystem.

4. Is there anything new you’ve learnt in designing this project?

Of course — every good, unique project gives its builders a chance to develop new skills. Personally, I improved my management skills in relation to my developer team. I also had to build on my communication skills to engage with partners, supporters, and community members. In this respect, I learnt from our CEO Igor Stadnyk, who is a professional in this area. I got much better at establishing and building on relationships with others in the blockchain and crypto industry, putting forward proposals, and explaining in simple terms some seriously complex topics.

I had previous experience working in a CEX (centralized exchange), so it was a learning curve to dive into the world of decentralized finance, learning the mechanics of the back- and front-end, as well as studying the logic of the userflow, so we could make the best possible interface for our users.

5. After launch, which new features are planned for release throughout the year?

We have many plans after launch — the first of which is our DAO. PembRock is a community-driven project, and soon after launch we plan to introduce $PEM staking. This will allow holders to earn a share of protocol profit, as well as gain voting power for community proposals.

Our next goal is to make PEM as widespread as possible; as the protocol grows the token will become more valuable, benefiting holders, lenders, and farmers. We want to list the token on more DEXes and are working to introduce the token to CEXes.

As mentioned above, in order to ensure transparency, we want to expand analytical and statistical information for our users. Everyone should be able to see how PembRock’s finances are moving through an interactive dashboard — which is in development.

Going back to the community aspect, we are also committed to taking on all the feedback that users give us and continuously improving our project. We are proud of the platform as it is now, but we will continue to refine certain features to make them more inclusive and user-friendly.

Lastly, we have a few in-house INC4 projects in the works that will be integrated with PembRock Finance in the future, but that’s all I can say for the moment.

You can found out more about PembRock Finance through the following links:
Website | Roadmap | Twitter | Telegram | Discord