The Ethereum Merge — What We Can Expect + Top Myths Busted 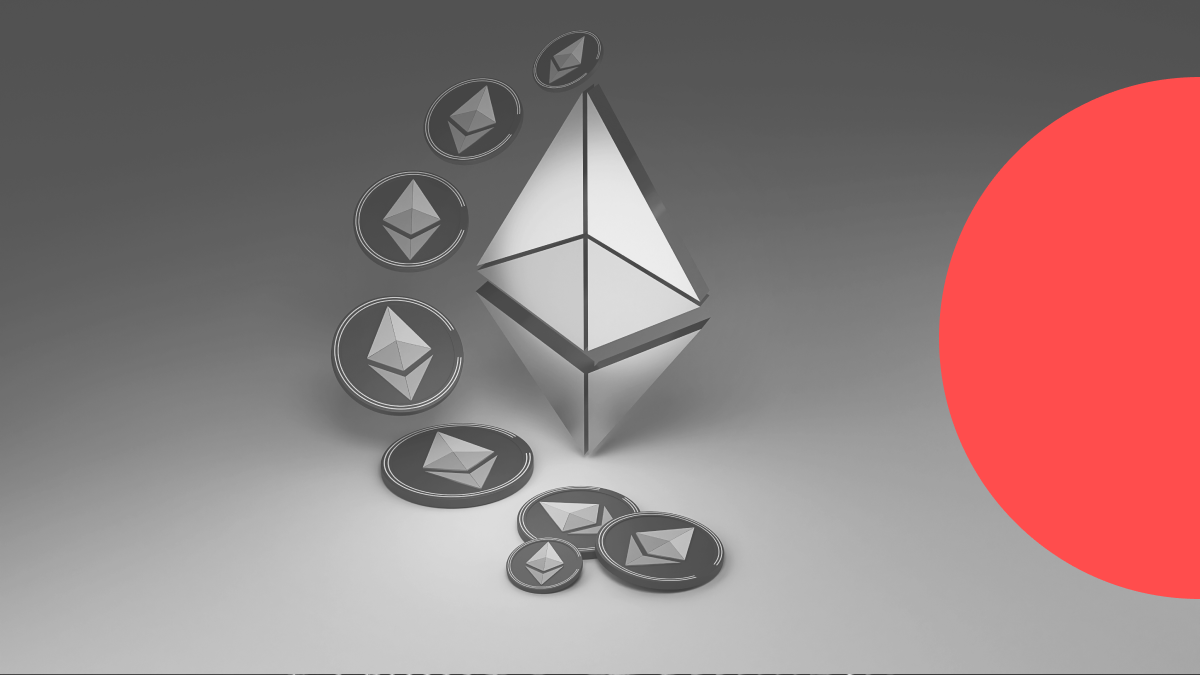 Dubbed as ‘the most pivotal upgrade in Ethereum’s history,’ The Merge is shipping sometime around September 15. Long outdated, the Proof-of-Work consensus algorithm it currently employs is finally getting retired. It is being replaced with a consensus algorithm that better meets modern requirements — Proof-of-Stake.

This model has already been powering some of Ethereum’s rivals among the 10 largest networks in terms of market capitalization, such as BNB Chain, Cardano, Solana, and Polkadot.

Presenting a tectonic shift to how new tokens enter circulation, the upcoming transition has spurred numerous rumors. In this article, we are going to address them, as well as shed light on some of the most impactful features The Merge will introduce.

What Is the Ethereum Merge?

To better grasp what The Merge is, let us first break down the most recent changes in definitions.

The devs and researchers have always been aware of Proof-of-Work’s intrinsic limitations, eyeing to abandon it in the future for the sake of achieving decentralized scalability and eventually switching to Proof-of-Stake. While initially, the two were viewed as standalone milestones, the “Ethereum 2.0” term was coined in 2018, aiming to bring them under one roof.

Originally, ‘Eth1’ referred to the Proof-of-Work chain planned for deprecation, while ‘Eth2’ represented a brand-new Proof-of-Stake chain that all entities would subsequently migrate to. In late 2021, however, core developers dropped this distinction and started labeling Eth1 as an ‘execution layer’ and Eth2, a ‘consensus layer.’

Eth1, or the execution layer, represents the current main network. The consensus layer was introduced on December 1, 2020, when the Beacon Chain was greenlighted. It injected PoS into the Ethereum network and has been operating concurrently with the Mainnet ever since. Instead of processing the transactions, it has focused on verifying the list of active validators and their balance records.

So The Merge is essentially a stage that will see both layers combined.

In Proof-of-Work systems, the process of producing new blocks is called ‘mining.’ For solving computational puzzles required to submit those blocks, miners receive a reward which, at the time of writing, stands at around 2 ETH per block. With Ether being the second most heavily capitalized digital asset in the industry and the industry itself experiencing all-time highs in 2017 and 2021, it’s only logical to assume that the competition has been getting fiercer. In order to withstand the influx of new rivals and emerge a winner, large miners started creating pools, amassing computing power of other, smaller participants and paying them a portion of rewards in return.

In Proof-of-Stake systems, miners are replaced with validators who submit block proposals and ensure that the transactions are valid. Mining pools will be gone; instead, users will become stakers themselves or opt for Staking-as-a-Service solutions. The big difference is that from now on, the node owners will not have to make up-front equipment investments and engage in a kind of an arms race. They will pledge their own funds — as well as the funds of their stakers — and be punished for malicious or dishonest behavior through a partial stake burn, also called slashing.

As you may have already guessed, since the two chains are co-existing, two versions of rewards are currently given out — for mining and staking. Combined, they amount to ~14,600 ETH per day. Post-merge, this figure will go down to ~1,600 ETH daily, reducing total new ETH issuance by ~90%. Moreover, staked ETH, rewards, and newly issued tokens will still be frozen for a minimum period of 6–12 months — meaning stakers won’t be able to make withdrawals. The upcoming Shanghai upgrade, however, is poised to change this situation.

So will the price of Ethereum go up after The Merge? As a general economic rule, if the demand remains unchanged while the supply decreases, the price tends to rise. There is also optimism around predictions from the Ethereum Foundation, which foresees a 50% increase in the post-merge Annual Percentage Rate.

Please note, however, that this is not financial or investment advice, and remember that cryptocurrencies are subject to high volatility.

The Road Ahead, Uncongested

In April last year, Ethereum inventor Vitalik Buterin formulated the Scalability Trilemma. In plain English, a blockchain must incorporate the characteristics of scalability, decentralization, and security — all at the same time. With straightforward solutions, like those that ETH 1 employs, only two out of three are possible. To strike all three and complete the picture, sharding is needed, according to Buterin.

We will not go into the technicalities of shards, but in a nutshell, they split a database horizontally in order to flatten the load curve. Sharding, also known as ‘The Surge,’ will split up the processing of large chunks of data required by layer-2 rollups network-wide. This is one of the moves aimed at diminishing congestion.

Throughput is a burning issue for established businesses that have a large customer base and are willing to adopt blockchain. Two years ago, Reddit — one of the largest social media platforms in the world — wanted to bring their community points on-chain. Because Ethereum lacked scalability at the time, Reddit had to announce a contest in its quest for an appropriate solution.

Delivering a speech at a recent community conference in Paris, Buterin predicted that the 100,000 transactions per second threshold is something that Ethereum will eventually be capable of reaching. As an upgrade, The Merge lays out the groundwork for the introduction of shard chains to achieve that ambitious goal, which would be otherwise impossible.

The Grass is Greener on the Other Algo

The Ethereum Foundation estimates that PoS’ energy-efficiency is 2,000 times better than that of PoW. After going to Proof-of-Stake, Ethereum will supposedly consume 99.95% less energy.

We’ve already mentioned the reason underpinning this drastic improvement toward environmental friendliness above — it is the elimination of mining hardware. Miners expend energy in order to be granted the right to submit new blocks. Validators, on the other hand, gain that right through putting ETH up as collateral, meaning they don’t need to burn energy anymore.

As Ethereum’s popularity and mining difficulty grew, so did the competition. That was accompanied by advances in technology and more sophisticated equipment hitting the market in order to meet miners’ demands. As a result, this ‘arms race’ led to staggering amounts of electronic waste and a large carbon footprint. This is not the case anymore as once The Merge goes through, validation will be possible from regular laptops or low-power devices — think of Raspberry Pi.

Another implication of The Merge that seems to be underreported is the boost it will give to the emerging regenerative finance (ReFi) community on Ethereum. Part of a wider “Solarpunk” movement, ReFi utilizes certain features of DeFi in order to design financial apps that are beneficial to the environment.

Becoming ‘greener,’ eco-friendlier, and more sustainable, the post-Merge Ethereum could attract institutional investment from organizations that have previously been reluctant to bet their money on a project that wasn’t accounting for Mother Nature’s interests enough.

When is the Ethereum Merge date? Well, the answer depends on the rollout speed of two final, preparatory upgrades.

The first one is called Bellatrix, and it went live Tuesday, September 6. It simply activated the move to Proof-of-Stake on the consensus layer (Beacon Chain).

The second one, named Paris, will set off the migration of the Proof-of-Work chain, or execution layer, once a specific value of total difficulty is reached.

After that value is hit or exceeded, a Beacon Chain validator will produce the subsequent block. The finalization of this block on the Beacon Chain — the process that should take two epochs, or about 13 minutes — will mark the completion of The Merge.

This is only true for validator nodes that directly take part in the consensus mechanism and propose new blocks, for which they earn rewards that are later distributed among stakers. Such nodes represent a minority in the overall Ethereum structure. Other nodes that are not involved in block generation are just as important because they help the network be more safeguarded, privacy-oriented, and resistant to censorship. As opposed to validators, such nodes do not require any resource contribution on their operators’ part.

While The Merge makes the Proof-of-Stake dream come true, it does not have much of an impact on network throughput and capacity itself. Shard chains and rollups will increase the likelihood of reduction in gas fees, and The Merge will play an integral part in securing their realization.

Myth #3: Confirmation Times Will Be Lightning-Fast

The finality will be similar to that of Proof-of-Work. Validators will be taking votes on blocks that are merged into epochs (each taking around 6.4 minutes). Once an epoch finishes, validators will determine whether a particular epoch is ‘justified.’ If the majority supports the decision, the block is finalized in the epoch that follows.

Myth #4: Stakers Will Be Able to Withdraw ETH Right Away

The withdrawal feature is set to be enabled along with the crucial upgrade codenamed Shanghai, which is bound to occur in 6–12 months. Until then, your rewards will stay locked.

Myth #5: No Withdrawals = No Sense in Validating

As a validator, your incentive will consist not only of what you can unstake, but also of tips. Standing at ~10% of the fees that each user is charged for transacting on the network, the tips sit on the execution layer, meaning you won’t have to wait until Shanghai to claim your gas earnings.

INC4 as Your Blockchain Development Company

Closely following all things Ethereum since its inception, INC4 is a blockchain development company that has crafted 80+ projects in the areas of smart contracts, dApps, DeFi, and wallets. In case you need assistance proceeding with The Merge, reach out to one of our experts and get a consultation free of charge.