CBDCs — A Threat to Stablecoins and DeFi? 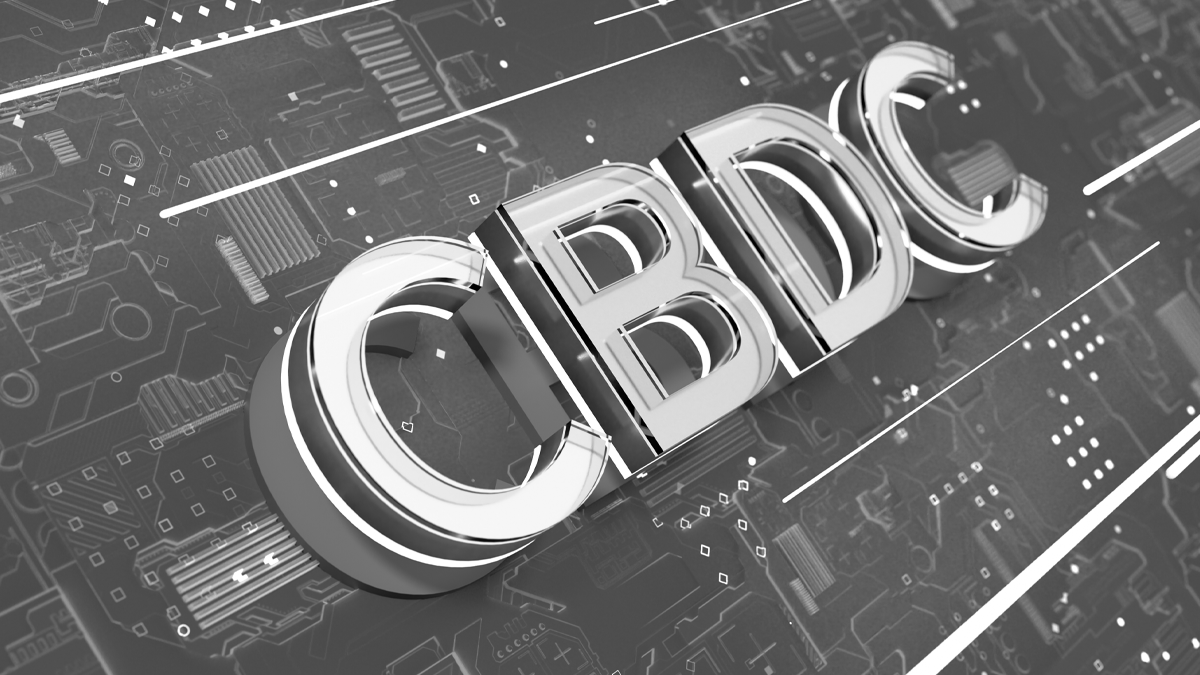 In this blog post, we will do a quick recap on what CBDCs are, what types exist, and then examine the development stages that go into creating a CBDC, and their impact on the crypto industry and DeFi sector.

The emergence of CBDCs and their types

CBDC stands for Central Bank Digital Currency, a token based on blockchain technology that is created and regulated by a Central Bank. CBDCs are pegged to the fiat national currency at the rate of 1:1. Digital currencies are also legal tender, unlike cryptocurrencies (unless you live in El Salvador).

The main functions provided by CBDCs are security, speed of transactions, the simplification of international transfers, and the replacement of physical cash.

At the moment, different countries are taking varied approaches to CBDC development, related to region, policy approach, and technical schemes. There are indirect, direct, and hybrid CBDCs.

Indirect CBDCs involve maintaining the current financial order, in which commercial banks retain all the main functions. Central banks will continue to be responsible for stability of the exchange rate and inflation, while also playing the role of a market regulator.

Direct CBDCs make a country’s monetary authority the only player in the banking market. The regulator not only takes the monopoly on the actual issue of money, but is also solely responsible for servicing payments and digital currency accounts.

Hybrid CBDCs mean that traditional banks will continue to service payments, but all money in the country will be accounted for directly in wallets of the central bank.  The central bank will continue to be responsible for a reserve financial infrastructure that can come to the rescue in the event of a failure of banking payment systems. At the same time, banks will have the opportunity to open CBDC wallets for customers and remain intermediaries.

It is worth mentioning that so far not a single central bank in the world is considering an indirect approach — all ongoing research and experiments are focused around direct and hybrid versions of CBDCs.

Difference between stablecoins and CBDCs

As we stated in our detailed blog, Exploring the stablecoin landscape, a stablecoin is a cryptocurrency that remains consistent in value to the asset it is pegged to. Stablecoins are typically pegged to a hard currency or asset like the dollar, precious metals, real estate, or a mix of different crypto assets.

CBDCs, unlike stablecoins, are pegged to the exchange rate of the state’s national currency that issues them. Central bank digital currencies are not cryptocurrencies. The key difference is the degree of centralization. CBDCs are completely centralized, while cryptocurrencies are decentralized. CBDCs also differ in that they only track national currencies, while stablecoins, as we just mentioned, can be pegged to any physical or non-physical asset.

There is a great tracker that shows countries’ CBDC development progress on a convenient world map.

With the help of this site, everyone can track indicators such as:

Through this map we can easily see where the strongest CBDC development is taking place, where digital currencies have been launched, and where CBDCs are being tested.

Countries where CBDCs have been launched:

Nigeria
Nigeria became the first country in Africa to launch a CBDC last October. eNaira is stored in a digital wallet and can be used for contactless in-store payments as well as money transfers. By the end of January 2021, the eNaira wallet had received nearly 700,000 downloads.

Bahamas
The Sand Dollar was issued by the Central Bank of the Bahamas in October 2020. It was the first nationwide CBDC in the world.

It is estimated that 20 percent of the population in the Bahamas doesn’t have a bank account, as it is unprofitable for commercial entities to operate in all areas. It is hoped that the Sand dollar can help improve financial inclusion and strengthen protection against money laundering and illicit economic activity.

China
China became the first major economy in the world to trial a digital currency in April 2020. The People’s Bank of China aims for widespread domestic use of the e-CNY, or digital yuan, in 2022. The country is currently providing digital yuan payment services to visitors to the Beijing Winter Olympics.

Sweden
Sweden is testing a digital currency called the e-krona. The Swedish Riksbank has developed a proof of concept and is exploring the technological and political implications of a CBDC. In 2020, the project entered into a practical phase of the e-krona pilot. In 2022, the Riksbank will continue its work on comparing different technical solutions and preparing for the possible procurement of an issuable e-krona.

Areas where CBDCs are under development

India
India is going to launch its own digital currency by next year. The Digital Rupee is predicted to be launched by the end of March 2023. It will be supported by the Reserve Bank of India.

European Union
The ECB announced last July that it was actively exploring the possibility of creating a European Central Bank digital currency. The preliminary investigation phase of the digital euro project will last 24 months and will focus on resolving key issues regarding design and distribution.

What do CBDCs mean for the crypto sphere in general? What are the positive and negative impacts

In this paragraph, we want to highlight contrasting possibilities for the impact of CBDCs on the crypto sphere.

World governments will promote their own inventions, while reducing the role of decentralized cryptocurrencies. The presence of huge competition, behind which the world’s superpowers stand, may indeed reduce the adoption and distribution of cryptocurrencies, especially if CBDCs provide cheaper and faster transactions. In addition, their cost won’t be as volatile Bitcoin or other altcoins. This may be another reason why people will prefer to send or receive currency that will not lose substantial value by the time the transaction has been completed.

There is of course the optimistic view the widespread launch of CBDCs could strengthen the role of cryptocurrencies in the global digital economy. This is due to the fact that people will become better acquainted with the infrastructure of digital payments, in which, until now, there has been no real need. By studying this issue, more people may realize that cryptocurrencies are not such a difficult financial tool with which to transfer funds, helping to contribute to mass adoption.

If Bitcoin loses its value as a medium of online payment due to the CBDC, its unique concept could push it to another important role in the digital world – reinforcing its status as a store of value. With its scarcity property, Bitcoin has a very similar store of value to gold.

Business Insider, citing leading investment bank Morgan Stanley, writes that CBDCs don’t pose a threat to cryptocurrencies because they serve different purposes and are attractive to consumers for different reasons.

How CBDCs could affect the DeFi sector

As an article in Yahoo Finance points out, CBDCs will bring substantial opportunities for the financial system, but could ultimately represent an existential threat to stablecoins and the current DeFi landscape. However, the fact that the development of CBDC in the world is gaining momentum doesn’t mean that the DeFi sector will cease to exist.

Key elements of the already existing DeFi architecture, such as lending protocols, decentralized exchanges (DEXs), and on chain bridges, may come in handy for CBDC’s if public digital currencies want to become interoperable.

At the development stage of international transfers, the experience and achievements of the DeFi sector will allow for the testing or providing of ready-made infrastructure necessary for CBDC adoption at high speed.

The optimal development path for CBDCs involves the mutually beneficial connection with DeFi services. This will allow the user, for example, to instantly switch between digital currencies, stablecoins, and cryptocurrencies, or use DeFi infrastructure for profit.

If CBDCs deliberately avoid the DeFi sector, then they may lose out to stablecoins. There are many obstacles to overcome before we see mass adoption of CBDCs, but time will tell.

It’s most probable that CBDCs will exist in almost every state in the future. This technology fits perfectly into the state format and in a globalized world, allowing people to expand the boundaries of interaction. Who knows, perhaps in 10-15 years we won’t have cash at all; only digital currencies. Despite this hypothesis, it’s not yet clear whether the digital currency can be integrated into the state sector without harming other commercial structures, including banks.

In any case, it can be said that cryptocurrencies and blockchain give the world new ways of developing and using familiar financial opportunities. If you now want to integrate new financial instruments with faster and secure transactions without extra fees for intermediaries into your business, schedule a meeting with our specialist for a free consultation. The INC4 team are dedicated professionals who can handle blockchain challenges of any complexity. We provide various services for dApps, smart contracts, DeFi, NFT development, and much more! Visit our website for a complete list of services.