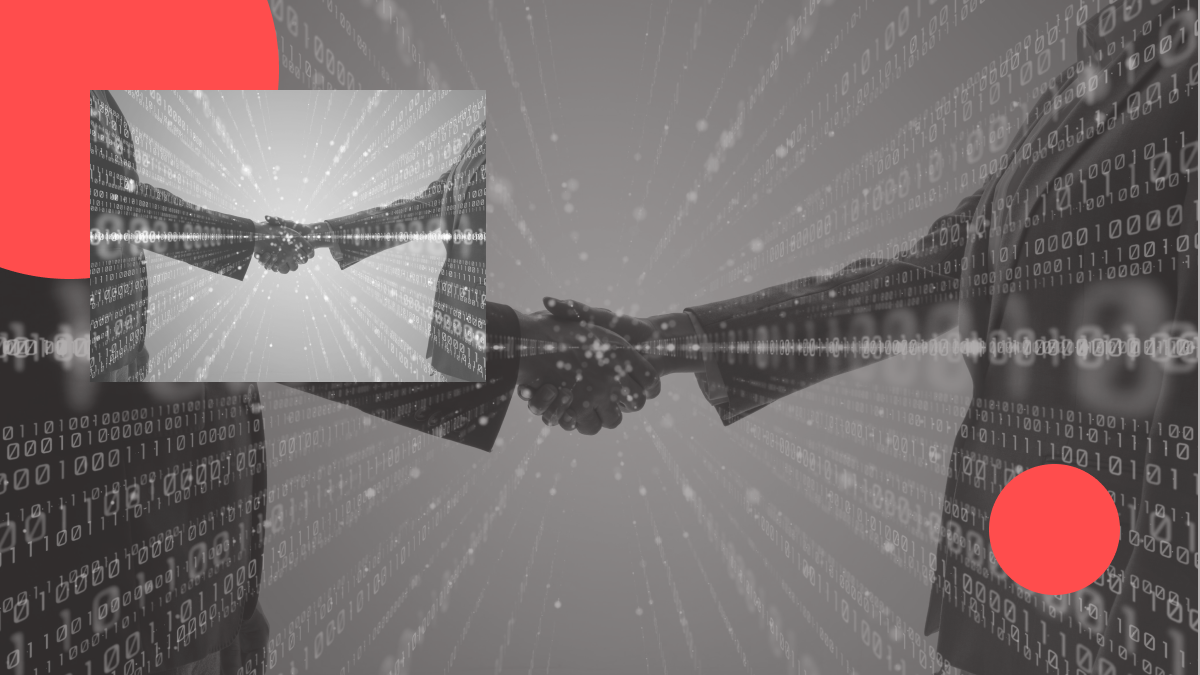 Smart contracts have been touted as the next big thing for the better part of a decade now, becoming more well-known as blockchain gains further prominence and acceptance. There has indeed been some market penetration, with global banks and government institutions developing proof-of-concept systems and solutions to incorporate smart contracts on blockchain; however, mainstream adoption remains elusive, due to the fact that on a large scale, clear success cases are rare.

As we will explore in this blog post, when implemented properly, smart contracts can make a huge difference for businesses in a range of sectors due to the principles of security, transparency, and accuracy. We will also look at smart contract examples in business, along with benefits, and concerns, to see whether they can really expand to be a key part of the fast-moving globalized economy.

What Are Smart Contracts?

The US National Institute of Standards and Technology (NIST) defines smart contracts as:

A collection of code and data (sometimes referred to as functions and state) that is deployed using cryptographically signed transactions on the blockchain network.

This smart contract meaning has slightly changed in recent years, as while smart contracts are now synonymous with blockchain, they were originally conceptualized in the 1990s by Nick Szabo, the rumored creator of Bitcoin, long before blockchain was invented. He envisaged contractual elements that could be represented by algorithms and protected from tampering by cryptography.

The connection between blockchain and smart contracts came with blockchain’s release in 2008, where its distributed monitoring and consensus mechanism positioned it as the best vehicle so far to house smart contracts. From there, we have seen smart contracts and their implementation propelled further into the mainstream.

While there will always be contractual elements that need to be mediated by a third entity, we are constantly seeing ways in which complex agreements can be validated automatically, through the use of tamper-proof external data sources such as oracles.

How Do Smart Contracts Work?

Hinted at above, smart contracts aren’t necessarily about completely ridding ourselves of a third party. Rather, they are about efficiency through the automated validation of processes that are algorithmically linked to data from external sources. As we will explore below, KYC and other time-consuming processes can be achieved without oversight or manual processes, resulting in cost savings for contractual partners.

While the four steps outlined in the diagram below look simple, smart contracts can encompass many different variants and thus become quite complex.

Smart contracts have great utility as their parameters are only limited by the code they are written with. Running on both private or public blockchains, different types of smart contracts, written for both centralized and decentralized finance platforms and applications, are spurring transformation.

When talking about the development of smart contracts, the following benefits are often mentioned:

Efficient – Through self-execution, manual processes related to contract monitoring and data entry are reduced or removed entirely, resulting in time saved and fewer errors. There is also no need for replication of documentation or manual updates to terms and conditions each time a piece of information changes.

Transparent and irreversible – Smart contracts promote full access to the same version of the contract for all parties concerned. Simultaneously, the irreversibility of information recorded on the blockchain means there is greater trust that nothing has been changed by either party for personal benefit.

Decentralized – A smart contract can be more or less decentralized, but rarely is it under the control of one central authority.

Interoperable – Siloed data systems are a thing of the past. Smart contracts facilitate the connection and communication of multiple systems without restrictions

Secure – As transcription records are encrypted and decentralized, they are far more secure than being housed in a centralized repository.

Banking – Loans and other banking transactions can take a long time to settle and often involve time-consuming KYC processes. The exact details of the loan and any background checks can be easily automated through smart contracts, with the benefits mentioned above.

Real estate – Complex terms and conditions when transferring property can lead to reticence from both buyer and seller to hand over deeds or cash. The transparency and immutability of smart contracts mean there is no risk of one side not living up to their side of the agreement, and cuts out third-party notaries and other professionals who may slow the process down.

Healthcare – The ability to update and access medical information and consent forms across medical institutions is made easier, with database sharing occurring without added security risks. According to the terms of smart contracts, grants for different projects can also be released and monitored with full transparency.

Digital IDs for Any Sector –  With people becoming more aware of the use and abuse of their personal information, the issues of privacy and control are more relevant than ever. Smart contracts allow counterparties to get information about the individual they interacting with, but without having control of this information. This has ramifications for individuals transacting with governments to private companies in any sector.

Smart contracts are the backbone of the entire DeFi sphere, powering everything from decentralized exchanges (DEXs) to lending and derivatives platforms. DeFi smart contracts give the following benefits for those participating in this innovative arena:

Investment Flexibility – With products such as yEarn, investments can be automated to follow the greatest rate of return. Even if you are a full-time trader, this would be impossible in traditional markets.

Democratized Access – Smart contracts don’t discriminate; with collateral that is locked into agreements, anyone can participate in the DeFi space, with a low threshold for entry and an opportunity for the unbanked or those with low credit scores to borrow, lend, and transact at transparent and fairer rates.

Reduced transfer costs – As settlement can occur quickly and without intermediaries, transfer costs for simple transactions through DeFi protocols can mean reductions when compared to operating through centralized financial institutions.

While we have looked at general benefits and smart contract advantages in the areas of centralized and decentralized finance, there are concerns that have not been satisfactorily addressed, hindering wider-scale adoption.

Transaction costs – While transactions costs are lower in theory, the exact savings upon implementation are unclear, as there are many variables that come into play. Recent research says that it is possible that adaptation of institutional arrangements, making sure agreements conform to the technological and legal parameters of a smart contract, can mean that transaction costs may end up being even higher than if you were to use a traditional contract.

Latency – Although a smart contract has the ability to be executed automatically, it may take time for the information to be recorded in a block, which can lead to confusion or potential exploitation.

High-profile cases have occurred recently in the world of DeFi, where hackers have exploited crypto smart contracts for millions of dollars. Not only is this bad for projects and their users, but it is also detrimental to the expansion of the ecosystem, as investors are likely to become more distrustful of DeFi and smart contracts in general. For the moment, perhaps there is a reason to be, as a recent research paper makes a connection between the zeal to incorporate lightly-regulated smart contracts into business with the over-the-counter (OTC) derivatives that were partly responsible for the 2008 global financial crisis.

Smart Contracts at INC4: the Future of Finance

As we can see, smart contracts offer a lot of promise. While they are currently being used in smaller companies and as the basis for blockchain projects, their utility is yet to be fully realized in the world of centralized finance.

It is up to those developing smart contracts to implement them with an understanding of exactly how they will benefit their particular business sector, and with a knowledge of the robus security standards needed to make sure the smart contracts work as intended and aren’t open to manipulation.

At INC4, we have been developing smart contracts since 2014, offering:

With a long list of satisfied clients, we’d like to extend our cooperation to your business. Whether you are involved in centralized and decentralized finance, reach out to our knowledgeable specialists. We can find the best solution for you and create a feasible roadmap, detailing the processes needed to make the implementation of smart contracts within your business a success. Similarly, if you have a project nearing release, we can provide a detailed smart contract audit cost, leaving you confident that your product will attract attention for the right reasons.