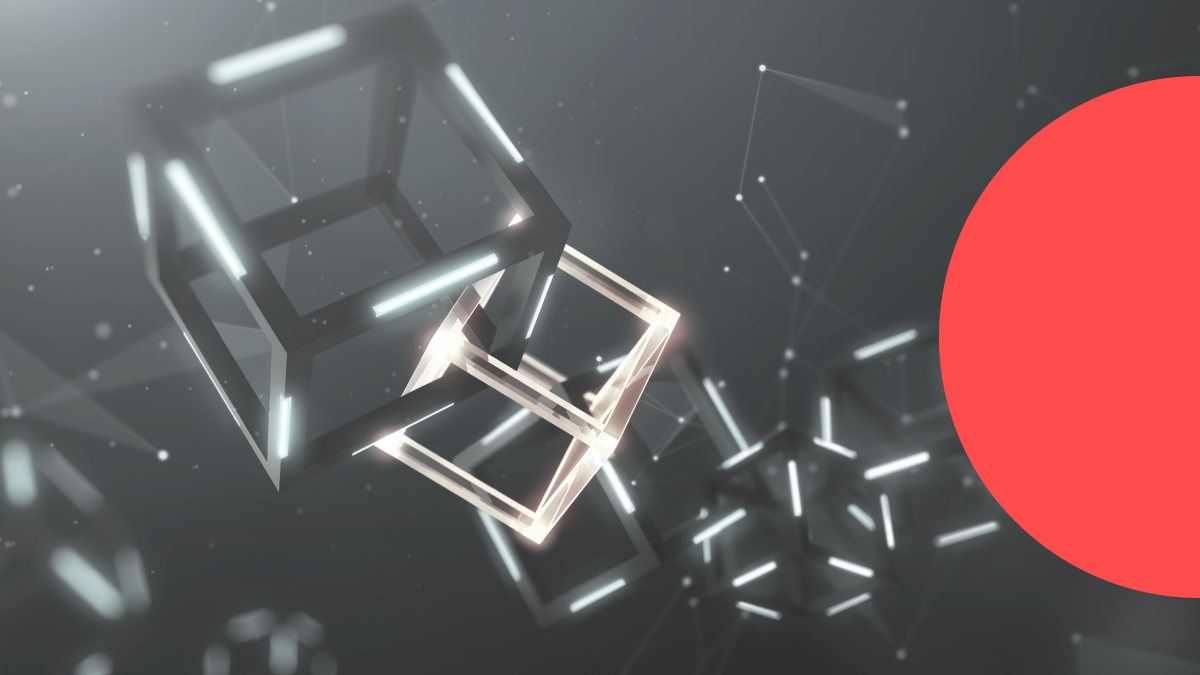 The premise is simple—blockchains are increasingly adopting the Proof of Stake model as it offers faster block validation and greater decentralization, all while being less resource-intensive. That being said, Proof of Stake can only work if there are users prepared to lock up their currencies to validate transactions and increase network security. Crypto holders are thus incentivized and rewarded for staking their coins by gaining passive income at rates better than traditional financial services can offer.

From the little over 2% APY generated by flexibly staking Bitcoin on Binance, to the 82,901% APY currently offered by Wonderland, there are a million ways to stake crypto in this vibrant and constantly changing ecosystem.

With the popularity of staking increasing, we are seeing major exchanges expanding their list of staking options, and also custom Staking-as-a-Service platforms, which are dedicated to providing a secure environment to stake across a range of different protocols in just a few clicks. Gone are the days of having to set up node infrastructure to receive returns.

In this blog, we will take a look at the rise of crypto staking services, the benefits they provide but also the risks of staking crypto that you should be aware of. Finally, we will examine some of the best staking services currently on the market, and look at our very own case, as we have just recently launched a validator on NEAR protocol.

Staking-as-a-Service is a platform that acts as an intermediary, uniting a blockchain’s consensus mechanism and cryptocurrency holders who wish to participate in the network. Users get to easily stake their crypto and earn rewards from network fees, minus a small amount apportioned to the staking service. The staking services sector is set to grow into a multibillion-dollar industry that will eclipse the $31 billion valuation of the cryptocurrency mining industry, which is based on the Proof of Work consensus model. JP Morgan estimates, referenced in a recent Messari article on the subject, show that staking is currently valued at $9 billion, and is projected to balloon to $40 billion by 2025. It is doubtless that crypto staking services will play a large role here.

Mirroring the services that allow you to buy and sell cryptocurrencies, there are options that are more or less decentralized, shown below by the custodial and non-custodial models.

Custodial Staking-as-a-Service is most commonly practiced by big exchanges and involves managing the entire staking process. Crucially, rewards are passed on to the staking provider before they are distributed to the person who staked a share of their crypto holdings.

Non-custodial Staking-as-a-Service takes advantage of the delegation process which is built into many protocols. Here, a validator, (someone who has set up and is running a node), charges a commission to people who wish to add staked cryptocurrencies to their operations. With a PoS network that supports native delegation, your share of rewards will go directly to you, without needing to go through the validator.

Liquid staking can be offered as part of both custodial and non-custodial staking solutions. It should be mentioned as it exemplifies the way that DeFi is able to flexibly increase earning opportunities for its participants.

One of the biggest considerations around staking is the fact that once you lock up your cryptocurrencies, you are not able to explore any further earning opportunities. Liquid staking options aim to change this, by providing you with derivative tokens that represent your staked holdings. These can be traded, or even used for collateral on Dapps such as DeFi lending protocols. Liquid staking encourages further investment by promising staked rewards without the restrictions on the use of assets; however, it should also be mentioned that with this option there are risks of losing on two fronts should the market experience a downturn.

The number of Staking-as-a-Service platforms popping up gives us a pretty good indicator that this is indeed a profitable area to be in; but (aside from the prospective profits to be had) what are the exact reasons people are putting their money into crypto staking companies?

To run a validator yourself either requires a minimum stake beyond what many crypto enthusiasts can afford, or technical knowledge and equipment. What’s more, failure to live up to the requirements for PoS staking can result in penalties. Staking with a reliable service that has garnered good reviews is a way to get returns without the cost or tech barrier.

Proof of Stake runs on the principle of more nodes = greater decentralization. Removing entry barriers and allowing more access to staking allows for the creation of more nodes, meaning greater network security. This being said, we will see below how staking services could also be detrimental to decentralization through influence over governance.

As we have explored with liquid staking, services are finding ways to allow people to use their funds, whether that be as collateral for loans, or through the retention of governance decision making through cold staking (see MyContainer below). What’s more, through increasing integrations, users are always gaining wider access to different networks with which they can stake.

Of course, as with any financial service, it pays to examine some of the cryptocurrency staking risks, some of which are obvious, and others you may not have considered.

As pointed out in a recent article by Blockdaemon, Proof of Work was seen as a revolution for decentralization as theoretically anyone could become a miner; however, the appearance of huge mining farms resulted in fewer mining pools, leading to centralization.

As highlighted in the benefits section, staking allows anybody—even those without specialist equipment—to contribute to network decentralization and security; but what happens when huge groups start delegating their stake to one centralized service?

With staked coins often tied to governance, this can present some challenges. Centralized staking services could take a large number of tokens from many different users and combine them to give themselves a large voting bloc, muscling out other network participants and changing the direction of a protocol for good.

The most famous example of this in recent memory is the attempted takeover of the Steem blockchain by the CEO of Tron, Justin Sun, aided by Binance, Huobi, and Poloniex, which controlled large amounts of tokens staked by users through their Staking-as-a-Service options.

The Messari article mentioned above expands on the hostile takeover theme by talking about the Nakamoto coefficient, a measure of how many bad actors would be needed to compromise a blockchain network. While the bigger networks such as Cardano and Solana would require a coordinated attack, the article contends that Polygon, Elrond, or Fantom would be much easier targets, with only two or three large staking providers needing to be compromised to impact the network.

Of course, this risk is not unique to Staking-as-a-Service, but comes under general risk in staking crypto. Having your funds locked in a staking service during a market downturn can result in losses that outstrip the percentage earned by staking the coins in the first place. Noting this, you probably bought cryptocurrencies in the belief that they will rise in the future, so this shouldn’t deter you too much if you are looking at longer-term prospects.

What to look for in a Staking-as-a-Service platform

When looking for a staking platform, there are a few things to consider, including:

Taking into account these factors will help you to find the staking service that is right for you, minimizing the personal risks of crypto staking.

INC4 develops its own validator as part of NEAR staking!

We are excited to share that we have recently set up our own validator on the NEAR blockchain! As you may know from some of our other communications, INC4 has been playing a huge role in the NEAR ecosystem as one of its prominent guilds. Along with other teams of developers, we have been helping expand the range of innovative applications that are offered on NEAR’s low-cost and scalable blockchain.

By staking with INC4’s validator, you get a rate of return of ~11%, payouts every epoch ~12 hours, and a flat 7% commission. By staking with us you get to reap the benefits from our trusted development team’s work, and are ensured of security as everything is stored directly on the NEAR blockchain.

Want to stake on the NEAR blockchain with INC4?

Get started in just a few clicks!

Now that you know how to pick a quality staking platform, let’s take a quick look at some of the most popular ones.

P2P Validator, founded in 2018, is one of the most well-known and established staking services. Currently, it operates as a staking provider for 23 networks, including Ethereum, Polkadot, Cosmos, and Solana. More coins are constantly being added to satisfy a user base of just over 25,000. P2P Validator offers secure, non-custodial staking, promising rewards from day one and without needing any technical knowledge. The company’s approach seems to be working, with just under $3.5 billion staked with its service at the time of writing.

Stakefish was founded in 2018 in Seoul, South Korea, and is now one of the most trusted staking providers, with support for over 24 projects. Notably, it recently launched an ETH2 staking service with a flat fee of 0.1 ETH. According to Stakefish’s website, there are currently 440,000 ETH staked with the network at the time of writing.

MyContainer launched in 2018, with support for over 20 coins, which has grown to over 100 today! MyContainer offers more functionality than many other staking services, with an application, integration with 10 of the most popular exchanges for buying and selling cryptocurrencies, and as detailed in their press release announcing Elrond integration, cold staking. This means that you can stake Elrond through MyContainer without relinquishing asset control. This negates one of the concerns outlined above of a centralized service having control over your governance votes.

Participate in the staking economy with INC4!

As we have explored in this blog, there is a lot to be excited about with Staking-as-a-Service; however, as with any crypto-related venture, there are always staking crypto risks, so it’s best to do your homework.

Whether you are looking to build a custom staking platform or just about anything else in the blockchain sphere, look to INC4. With dedication and professionalism, we undertake DeFi development, NFT development, asset tokenization, smart contract creation, code audits, and much more.

Simply reach out to one of our friendly and knowledgeable specialists for more information, or get a budget estimate for your big idea.