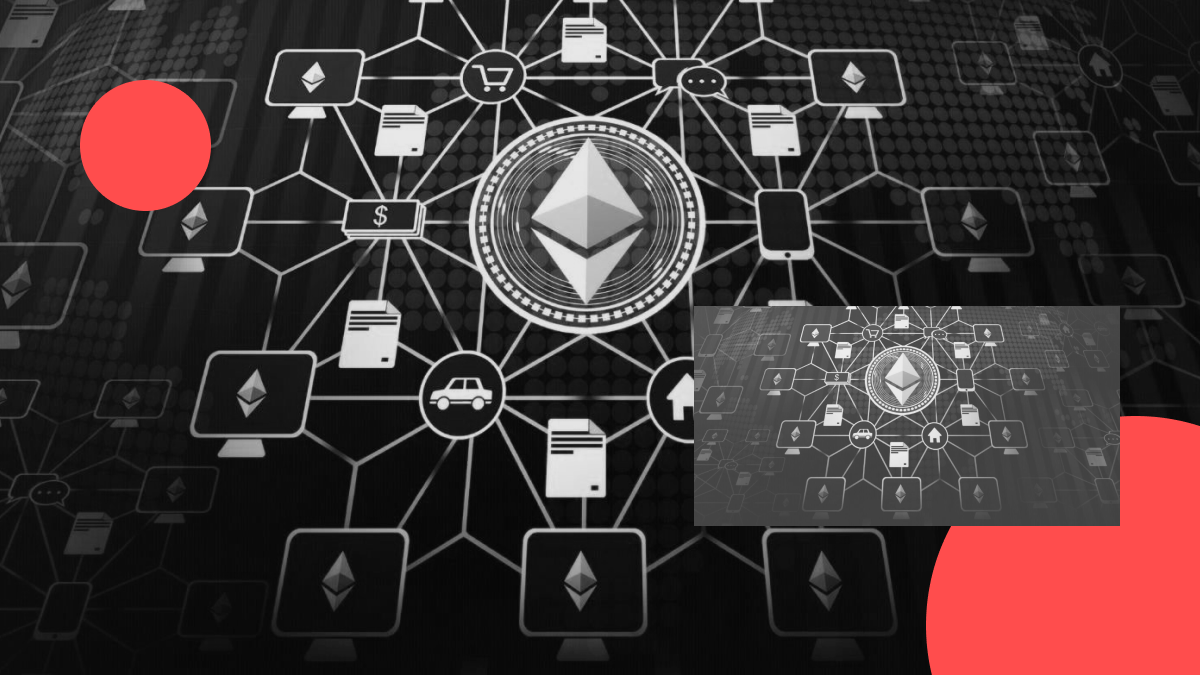 A recent blog post by Vitalik Buterin, Moving Beyond Coin Voting Governance, takes aim at the predominant way DeFi projects are governed; through the distribution of governance tokens, which confer voting rights based on the stake someone has in a DeFi protocol. This version of decentralized governance sounds good in theory, but Buterin points out how it can be quite easily manipulated in a number of ways.

Is there a better way to run a decentralized autonomous organization, or will better governance involve a trade-off where certain elements are centralized? This is an exciting space to be involved in, as models that allow for better decentralized management could be exported to our real-world political systems. Some envisage decentralized government, where people are rewarded for proper and pro-social participation, protected from intimidation, and are not sidelined from the overall political process by voter suppression tactics, opaque processes, or special interest groups that have agendas that are ultimately detrimental to society.

At its simplest, DeGov refers to Decentralized Governance; the frameworks put in place to regulate the management of decentralized platforms. Implicit in this definition is the element of wide stakeholder participation.

We have governance in every area of our lives, so why it is such a big deal in the context of DeFi? Well, one of the central ideals of many DeFi solutions is that they are run by and for the participants. There is no centralized control, and anyone with a stake in the project, no matter how small, can have some part in the future of the protocol.

While many of the most popular DeFi protocols, such as Uniswap, Synthetix, and Compound use some form of decentralized governance, it should be noted here that just because a project is part of the DeFi sector, does not automatically mean that it follows a democratic structure of governance.

Aspects of DeFi, such as transparency and automation may give the impression that a project is democratic, but control of the direction of a protocol may still rest in the hands of the developers and a closed group of major stakeholders. It is precisely this factor that the SEC is currently exploring in order to determine how regulation should be handled.

As alluded to above, there is no one way that a DeFi protocol is run. Due to more complex smart contract development incorporating oracles and other complex elements, there are more options than ever for organization and participation. Here are just some of the ways DeGov is achieved.

On-chain governance, most often associated with DeFi, allows stakeholders to vote for changes on the blockchain. Proposals are recorded in smart contracts, and then implemented if they receive the required amount of votes.

Off-chain governance involves determining protocol changes by canvassing the opinion of stakeholders at conferences, or through mailing lists, forums, and so on. Miners, and whether they choose to accept a node update, also wield considerable power off-chain, as seen with the hard forks that have popularized Bitcoin Cash and Bitcoin SV.

Rather than coin holders or miners, who can abandon a protocol once short-term profits are achieved, Dash puts governance in the control of masternode operators. When a block is mined, 45% of the reward goes to miners, 45% to masternode operators, and 10% is kept specifically as part of the governance budget. This solves the issue of how to raise funds for development, which is something other DeFi solutions struggle with. With Dash, on-chain masternode votes are tallied for proposals that will hopefully ensure the long-term viability of the project.

Curve Finance, the largest decentralized exchange by TVL, allows participants to gain governance rights through veCRV tokens. These are obtained by locking up CRV tokens; the longer a token is locked up, the more veCRV tokens a person gets.

On Uniswap, it is not enough to achieve a majority, there also needs to be a certain amount of votes cast. In order to have a proposal accepted, there needs to be support from individuals with a combined share of 1% of the overall UNI supply. For a proposal to be accepted and implemented, it is 4%. As with many other DeFi protocols, those who don’t have a deep interest in governance can delegate their voting power to a representative.

Many decentralized applications are transitioning to more decentralized models, but Maker, like Dash, launched as a DAO (decentralized autonomous organization). A DAO strives for complete control to be put into the hands of the community. With the dissolution of the Maker Foundation, which was introduced early on to enact some centralized control throughout the protocol’s development, users can now theoretically utilize both on-chain and off-chain methods to advocate and influence every aspect of the platform’s future direction. While this is Maker’s official line, observers believe this is bending the truth, with centralized control still in place due to uneven token holdings.

Looking to build a decentralized blockchain ecosystem? We can create smart contracts for any type of project. Contact us for a free consultation.

What Role do Governance Tokens Play

Governance tokens are the widely-known method by which voting power is distributed to a DeFi protocol’s participants. Popularized by Compound, users are rewarded with tokens for staking coins within a DeFi ecosystem to provide liquidity for lending, exchanges, and so on. Often these reward tokens come with not just voting rights, but further incentives to hold on to them. For example, supply is burned in order to increase scarcity and push up the price.

However, as with money around the world generally, the majority of a token’s supply can easily be concentrated in the wallets of the few. This is one of the challenges of decentralized management that we will look at in the next section.

The Challenges of Decentralized Management

While handing over the running of a DeFi project to a passionate community represents an exciting stage in DeFi development, there are of course the human factors of greed, self-interest, power lust, and contrarianism.

Control by whales and other large interests

One of the biggest issues raised by both Buterin and a recent paper on the pitfalls of decentralized governance is that voting power is generally extremely concentrated in the hands of central teams, early investors, whales, and tech-savvy participants.

This issue is exacerbated when those with small holdings don’t feel enfranchised enough to vote; therefore, their voice is not heard at all.

Governance through the distribution of governance tokens promotes coin holder interest above other aspects of the protocol. The motivation then becomes short-term gain and reaping profits at the expense of long-term viability.

The uncoupling of revenue and governance

While it is assumed that someone holding a governance token wouldn’t do anything to actively harm a DeFi application, this may not actually be the case. As shown in Buterin’s blog, a wrapper contract can allow someone to auction off their voting power for dividends.

What might someone do with this vote share? They may be an attacker or someone with a monetary interest in seeing a particular DeFi protocol suffer. It is fortunate that wrapper and other smart contracts used to bribe users to part with their votes are currently immature and not used widely.

One feature of DeFi products is that they are highly interconnected. Taking short positions on tokens in one project, while exploiting governance of another project in order to crash it, causing a domino effect that leads to a financial windfall, seems far-fetched; but it is technically possible.

We’ve been presented with quite a few challenges, but then again, the issue of creating a purely decentralized platform that encourages wide participation and behavior that benefits a platform’s health and longevity is an extremely difficult task. We can see parallels in our democracies, where short-termism, conflicts of interest, and a concentration & abuse of power blunt a society’s capacity to work for all and ensure a better future.

Fortunately, as in the real world, there are minds dedicated to finding solutions. Here are a few of them:

As exemplified by the Fei stablecoin losing its peg soon after launch, having a governance token prone to frenzied speculation is not the best way to achieve long-term stability. So what can be done? Buterin suggests forms of governance that are not coin-voting driven. These include:

This is controversial, as many see the point of decentralized platforms as ecosystems where the will of the community is adopted without limitations. However, in the interest of long-term protocol stability, these ideas are worth considering:

What about governance tokens for investors?

One reason why governance tokens become concentrated in the hands of the few is due to private sales of tokens to investors. It is seen as a necessary evil, as funds are needed to develop and expand the platform in its early stages, with investors wanting to be remunerated and maintain an element of control over the direction of the platform. But is the wealth concentration and voting power worth it?

Buterin seems to believe that DAOs are the best way to ensure sufficient and neutral funding of “public goods” within a DeFi protocol. As touched on above, Dash shows us a way where decisions can be made by masternode operators for the good of the platform, which benefits every participant, including the coin holders. Investor concerns no longer need to be a primary consideration.

While searching for project investment is often a necessity, the way that it is remunerated doesn’t always have to be at the expense of the integrity of one of DeFi’s founding principles.

Blockchain evangelists are never ones to shy away from grand statements, and CoinTelegraph doesn’t disappoint, with the recent assertion that:

Decentralized governance, a facet of decentralized autonomous organizations (DAOs), is perhaps the most valuable application smart contracts could bring to humanity.

Optimism aside, the idea of greater decentralization in public life, and especially political decentralization, seems attractive to many. It could help with the growing apathy seen in terms of voting numbers by making the passing of laws more immediate, showing people that their votes really do matter. It could also prevent the overreach that occurs with centralized powers while combatting voter suppression.

However, despite the rosy predictions of efficiency and flexibility, how would a DAO process work in the real world? In Vitalik Buterin’s proposals for better governance, he talks about setting limits to counter outsized voting power, manipulation, and blatant self-interest. Implicit is the idea that when left to their own devices, people can’t be trusted to do the right thing for the good of the group. They either have to be coerced into doing the right thing through the alignment of individual advancement as part of group success, or threatened with punitive measures should they opt to behave in an anti-social way. Is this really decentralization? And if decentralized governance is facing these problems in the DeFi vertical, how can it be implemented in public life, where we see the same problems, but on a wider and more complex scale, with far more serious consequences?

Only when some of the thorny challenges of DeFi governance are sorted out, bringing about flourishing projects that work for all, can we hope to have a decentralized political system that works for all.
Looking to implement a thorny DeFi project? INC4 has got you covered. We can create decentralized lending platforms, exchanges, or any other type of solution with professionalism and proficiency. Our extensive team can confidently create a roadmap out of your initial ideas, retaining flexibility throughout development, and then conduct a smart contract audit, making sure your solution is market-ready. Book a call to start today!